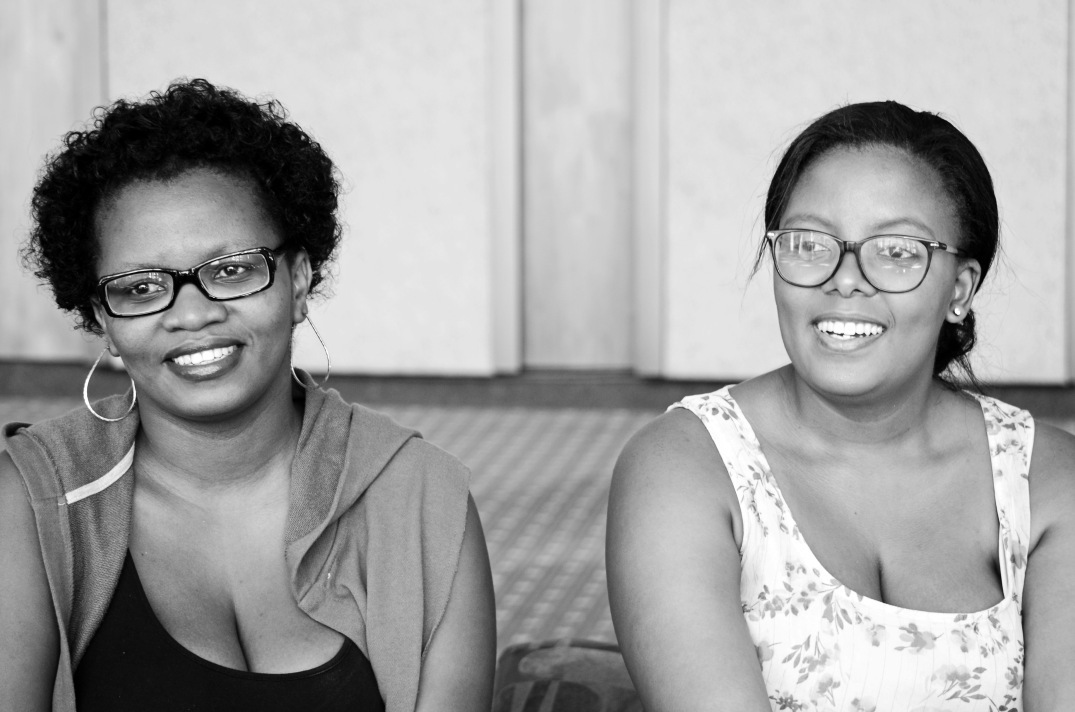 We are thrilled to feature two of Cape Town Opera‘s leading ladies, Siphamandla Yakupa and Noluvuyiso Mpofu. We caught up with Siphamandla and Noluvuyiso in the upper foyer of Artscape to chat all about the world of opera, the roles that they are dying to play and why opera singers are likened to superheroes.

Who or What inspired you to pursue a career in the arts?

Siphamandla Yakupa: It all started in High School. I was never really interested in singing until my sister joined a choir. I copied her and it turned out that I could sing and I was better than her. I joined the school choir as well and thought why not take it further and be a soloist? My teacher pushed me when I was in Matric and told me that I could actually make a career out of this because her daughter was already in UCT so she knew about opera. She helped me apply and that’s how it all started.

Noluvuyiso Mpofu: I used to sing in church since I was 6 years old and I joined school choirs in Primary School and High School. High School was when I got introduced to opera. I heard this girl sing this foreign language and this foreign music and it was so beautiful. I thought it was very interesting. I found out that they offered music at UCT so I went and auditioned.

Do you remember the exact moment when you realised that you had the ability to sing?

Noluvuyiso Mpofu: My first voice teacher used to make us record ourselves when we had a lesson. I remember listening to my recording and thinking that I sounded terrible. Only after two years, and hearing myself again I thought “maybe I’m actually getting better at this.” When you get picked to sing a role and when people tell you that you sing well, that’s when you realise that maybe you are doing something right.

Siphamandla Yakupa: I’ve always known I could sing. My mom sang in the church choir and she took us all the time. I’ve always known that I had a voice. An opera voice on the other hand, I only discovered when I was 18. Even then I knew nothing about it. I had to go to school and I had to learn. Most of my studying, I always second guessed myself. I would sing but I would always go “It’s not good enough.” As you grow, as you learn the correct way to sing, you gain confidence.

Did you know when you decided to pursue a musical career that you solely wanted to focus on opera or did you want to explore other genres?

Noluvuyiso Mpofu: For me it was only opera as well.

It’s an incredibly demanding career. How do you have to structure your everyday life so that you are able to sustain the performances and the rehearsals?

Noluvuyiso Mpofu: For me, it’s basically the same. I’ve studied music, music has been part of my life forever and I wouldn’t say that I adjusted anything. If I have free time I just chill out at home and watch movies or series. Music is normal to us. We don’t know anything else but music.

What has been your favourite role that you have done so far?

Noluvuyiso Mpofu: La Traviata. It’s been my favourite. It was actually the first opera that I watched and it made me fall in love even more with opera. I got to sing the role in 2015. That’s my favourite.

Siphamandla Yakupa: Mine is Susanna in [The Marriage of] Figaro because she is such a jolly person all the time. I’m a naturally serious person. I always sing those deep roles. Susanna ran around a lot from the beginning to the end and opera has 4 acts. All I did was run around and yap. It was fun for me.

Do you just collapse at the end of a performance?

Noluvuyiso Mpofu: You actually do. You find it hard to fall asleep.

So basically you guys are super humans.

Siphamandla Yakupa: Well…because of the adrenaline rush on stage, so much is happening that you get a rush and it’s very hard to come down from that when the show is done.

Siphamandla Yakupa: I’d love to do Mimi from La Bohème and Suor Angelica.

Noluvuyiso Mpofu: I’d love to do Lucia from Lucia di Lammermoor and also Adina from L’elisir d’amore. There are lots.

And obviously as you get older, you graduate into new roles. There isn’t a shelf life…

Siphamandla Yakupa: It depends on your fach or the type of voice you have. When I started, I wasn’t where I am now. Right now I am a lyric going spinto, when I started I was a soubrette. It really depends what your type of voice is. Just because we are both sopranos doesn’t mean that we are going to sing the same.

Noluvuyiso Mpofu:…or that we are going to get the same roles.

What would you like to tell people who read this who maybe haven’t experienced an Opera before?

Siphamandla Yakupa: Give it a shot. It’s not as serious or as stiff as people think. New people who are brought actually love it. First of all they are fascinated that we singing all of that by memory and we understand what we are saying, we are acting and singing and we have to look at the conductor. It’s fascinating. Opera is actually real life stories as well so you do relate. It’s not as uptight as people think it is.

Do you have a favourite language to sing in?

Siphamandla Yakupa: For me it used to be Italian but now I am actually loving French.

Noluvuyiso Mpofu: Levy Sekgapane, Luthando Qave. Fikile Mvinjelwa, who has just come back to sing a role in Cape Town now. It’s everyone who has managed to make a career for themselves overseas and actually has been able to sustain that.

Siphamandla Yakupa: Because basically, that is the goal for most of us. In South Africa, as an opera singer, you don’t get many opportunities. I would say that the main goal for many opera singers, if not all, is to move out of South Africa and see what the world has to offer.

Noluvuyiso Mpofu: Because the world has a lot to offer. You just need to spread your wings.

Sarafina Magazine and Candice van Listenborgh maintain copyrights over all images. For inquires and usage please contact us.