Roberta Durrant is a director, producer and show runner of television and film. She has created and worked on several long running, award-winning drama series and sitcoms for South African broadcasters. Additionally, she has produced and directed several feature films. Her latest feature, Krotoa, which was written by Kaye Ann Williams and Margaret Goldsmid, is currently in theatres. We sat down with Roberta to chat about her career, Krotoa and the controversy surrounding the film.

I started off always believing that I was going to be an actress. I did it for quite a number of years but then started to direct in the theatre. The first thing I directed was a play by Pieter Dirk Uys called Paradise is Closing Down. I directed it in Edinburgh for the Edinburgh Fringe Festival and we won a Fringe First Award. That gave me the encouragement that I could actually direct. I had acted in television and in film and the theatre for 10 years when that decision was made. I was also very lucky in my early acting years, I worked a lot with Steven Berkoff. He worked with a group of actors and through that he created plays. I regard him as one of the people that I learned a lot from. We did the Edinburgh festival and then I directed another play that also won an award at the festival and also played at The Young Vic which I then brought to South Africa called Don Juan. From there I started to direct short things for television. My first thing for television that was dramatized was called Sgudi ‘Snaysi. This was a sitcom that became quite popular that starred Joe Mafela and had a big response from South Africans.  I did dramas but the big drama that broke through was a series called Home Affairs. Now, I’ve just done Krotoa which has been very interesting and what a wonderful response we’ve had. We’ve had an intense response to the film which I think means that we’ve moved people… it’s going into its fifth week now which is quite amazing for a South African film. I am very pleased about that because it has raised a lot of discussion about the past, about identity, themes of forgiveness and cultural respect, I think, and colonialism. It raises questions about the effects of colonialism as well.

Your first encounter with Krotoa began as a documentary and then eventually became a feature film. What drew you to this story?

The SABC put out a brief for a strand of documentary programs called Hidden Histories. Kaye Ann [Williams] actually wrote the script. She came to me and said that we should really do something on Krotoa because they were looking for [female stories.] When she revealed the detail, she had done some research into it, I said, “Let’s go for it.” She and some other team members researched, we put the proposal together for the SABC and they commissioned it. Once we made the documentary we realized that here was a dramatic feature because she had a very dramatic life, a very intense and short life, but very dramatic. We then constructed an imagined past for her. We say “Inspired by Fact” but we don’t say it is fact. We follow the trajectory of her life in terms of what happened and when because there is a certain amount of knowledge of that. We followed that but within that we created a story. When you make a dramatized, narrative feature, it is an imagined past because none of us were there. This is a hidden history. This not a history that was documented because women didn’t have a voice at that time. Women didn’t write [it] down and women weren’t written about. What is remarkable about Krotoa is that we read, and know, that he [Jan van Riebeeck] did elevate her to a position of interpreter and translator which means he gave her a voice, of sorts. We also worked with that, “Why did he give her voice? What was the relationship?” We were also quite governed by the fact that she was taken into his fort as an 11-year old child to help look after the children as a servant. That means that she was living in very close proximity. We know, in these early forts, they had a sanctuary [for the wives] and a room next door for the children and the servants. That told us that she was very close within that family which makes sense as to why she learned to speak Dutch and learned to speak French because Maria [van Riebeeck] was French. I think here was this extraordinary woman in a period in our history where these two cultures really collided. The Dutch settled and that caused the collision because it became about land. She was there. We also made certain choices in that we saw her as a visionary, we saw her as somebody who wanted to try to find a middle way between these two cultures. I think in that, she must have battled with her own identity. She was caught between, and I think anyone who is caught between cultures does battle with identity and does battle with “Who am I? Can I be both?” I think it has a resonance today as we become world citizens, especially as South Africans. The world is opening up. It raises a whole lot of issues around identity. It raises big issues around forgiveness and what forgiveness is. We chose to look at forgiveness in the light of, “If I am able to forgive, I am able to move on. It doesn’t mean I say that and I am condoning what you did.” But if you are able to forgive, you yourself are able to act internally and it is easier to move on.

What were the challenges surrounding getting this film made?

Any South African film is huge journey [with] fundraising. It’s about getting the money and convincing them that your project is worth the money spent. That is the first hurdle. In this particular instance, we worked with a small budget. Movies, locally, are funded in a very specific way. Anybody who has made a movie knows the journey. It is not an easy journey. We had a small budget to work with and we are doing a period piece. We had to build a fort, we had to build an area where it looked like there was nothing and style it in a way that was believable but still within our budget which was also a challenge. I think we made the right choices there. We had lots of discussion with people about how we portrayed van Riebeeck. People have an image of van Riebeeck like they’ve seen his pictures as the VOC official but when they were puffed up for their pictures or they went to dinners, they put on their wigs and wore that formal attire. You certainly weren’t building forts, planting gardens, hunting seals, being a sailor, which is all that he was. He talks about this all in his diary. He was out and about and he was young. He was 33. That’s how we portrayed him and people were shocked. We did a lot of research on the authenticity of the fort. People think van Riebeeck built the castle and [that] he was in the castle. He left before the castle was built. It was started when he was here and the plans were laid out and all but it wasn’t built while he was here. That is also quite ironic because you think that van Riebeeck was the first white settler but 10 years later he up and left with his wife and kids. He has no descendants here whereas Krotoa’s children are very interesting. She had three children who all married into Dutch families. She is a common ancestor in the sense that many can trace their lineage back to her. I find it so interesting that when I started this, there were people sending emails, “My 15th grandmother was Krotoa.” 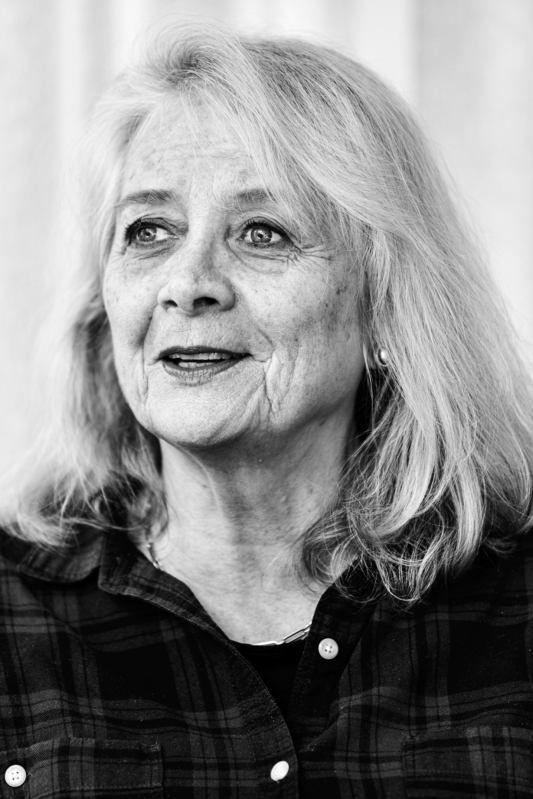 How do you feel about the current climate for women in film?

I don’t think anything holds us back here. I think there is huge support for women particularly. There are special programs for women filmmakers. Television is largely run by women, both on the receiving end and the company end. A lot of the companies are run by women. I don’t see an inequality really. If you look at who’s the CEO of M-Net, it’s a woman. If you look who heads up Quizzical Pictures...there are so many people, Bongi Selane and she has her own company. I don’t think there is anything holding women back at all. There used to be. I think that has shifted big time here, in this country.

I wanted to ask you about some of the responses to the film. Acknowledging our limited understanding as two white women having this conversation, is there anything you want to say about it? Did you expect this kind of response?

We knew, Kaye Ann and myself, that we had thrown the cat amongst the pigeons. I’ll tell you what I knew, I don’t think you can make anything that is historically based where you aren’t going to have varied opinions. I don’t believe that stories belong to us. It sounds a bit cliché but I’ve always believed that they live in the space above our heads and it depends on how they come out. You are the conduit for the story to come out, or the conduit for it at the time. I don’t think there isn’t a story that shouldn’t be told, for any reason. I don’t think we own stories and therefore, if you had gone into Krotoa with a preconceived idea, you might have found that it is not the story you wanted [us] to tell. We didn’t tell the story how everybody wanted to hear it, for sure we didn’t. But what we did do with the film, we had a lot of debate and it sparked a lot of discussion. It’s opened up a lot of issues, and I think allowed a platform for further debate and also, hopefully, the making of more films of this nature. I think there are so many [people], particularly women, whose lives can be celebrated and whose lives can be unpacked in this genre of film or television. Hopefully it is the beginning of more films.

I have a great deal of respect for Helena Spring. I have respect for Harriet Gavshon who created a marvelous company, with others obviously, but she has been the driving force of Quizzical Pictures. There are so many women, in my field, that I can say are worth celebrating. It’s a long list of women who have found a voice in the industry and who will continue to find a voice. One being, Kaye Ann. I really am so thrilled that she made Krotoa happen. The story is not mine, I didn’t write it. I directed it and made it happen in a producing capacity but it was Kaye Ann’s story. Although we were all in final story workshops and she wrote it together with Margaret Goldsmid, it was always her story. She had a very clear idea of the story she wanted to tell and we supported her in that. I’m just thrilled that she stuck with it.

Krotoa is currently playing in select cinemas. To hear more about the writing of Krotoa and the history behind the film, check out these interviews with screenwriter Kaye Ann Williams: kayafm959, Die Groot Ontbyt, News24

All photos were taken by Chris de Beer.