Less than a year ago, Esther Nasser was named CEO of Joburg Ballet. As a choreographer, Nasser has created an extensive repertoire of new works to both commissioned and existing music and soundtracks, winning several awards for choreography. Nasser became involved in transformation in dance and theatre before South Africa achieved democracy in 1994 and remains actively involved in the process. She has established community and outreach projects, winning the Gauteng Achievement Community/Outreach Award in 1999. Nasser has also taught and lectured at leading SA universities and technikons, and has choreographed and directed extensively for television. END_OF_DOCUMENT_TOKEN_TO_BE_REPLACED

Nadia Davids is a writer, theatre-maker and scholar. Her plays, At Her Feet and Cissie, have garnered various theatre awards and nominations and has been staged internationally. Her play What Remains will be performed during The National Arts Festival before returning to Cape Town for a limited run. Her debut novel An Imperfect Blessing was long-listed for the Sunday Times Fiction Award and shortlisted for the UJ Prize and the Pan-African Etisalat Prize for Literature. She holds a PhD from the University of Cape Town and, as an A.W. Mellon Fellow, has been a visiting scholar/artist at the University of California Berkley and at New York University. She lectured at Queen Mary University of London between 2009-2016 and is a recipient of a Philip Leverhulme Prize.  END_OF_DOCUMENT_TOKEN_TO_BE_REPLACED

Thando Mangcu is an actress, director and theatre-maker. She burst onto the theatre scene in 2016 co-creating, co-directing and performing in The Fall, which went on to win the Encore Award at this year’s Fleur du Cap Theatre Awards. She has also just been named as the newest recipient of the highly coveted Theatre Arts Admin Collective’s Emerging Director’s Bursary. The Fall is currently making it’s return to the Baxter before jetting off to the Edinburgh Fringe Festival.
END_OF_DOCUMENT_TOKEN_TO_BE_REPLACED

Actress and author, Emily Child is currently starring in The Eulogists at The Fugard Theatre, a play that reunites her once more with playwright Louis Viljoen. In 2015 Emily took home a Fleur du Cap award for her performance in Viljoen’s The Pervert Laura. Each Viljoen production that Emily tackles feels like a true collaboration between playwright/director and performer. While many can voice their opinions on Louis Viljoen’s writing, there is no one who understands it better than Emily Child.  END_OF_DOCUMENT_TOKEN_TO_BE_REPLACED 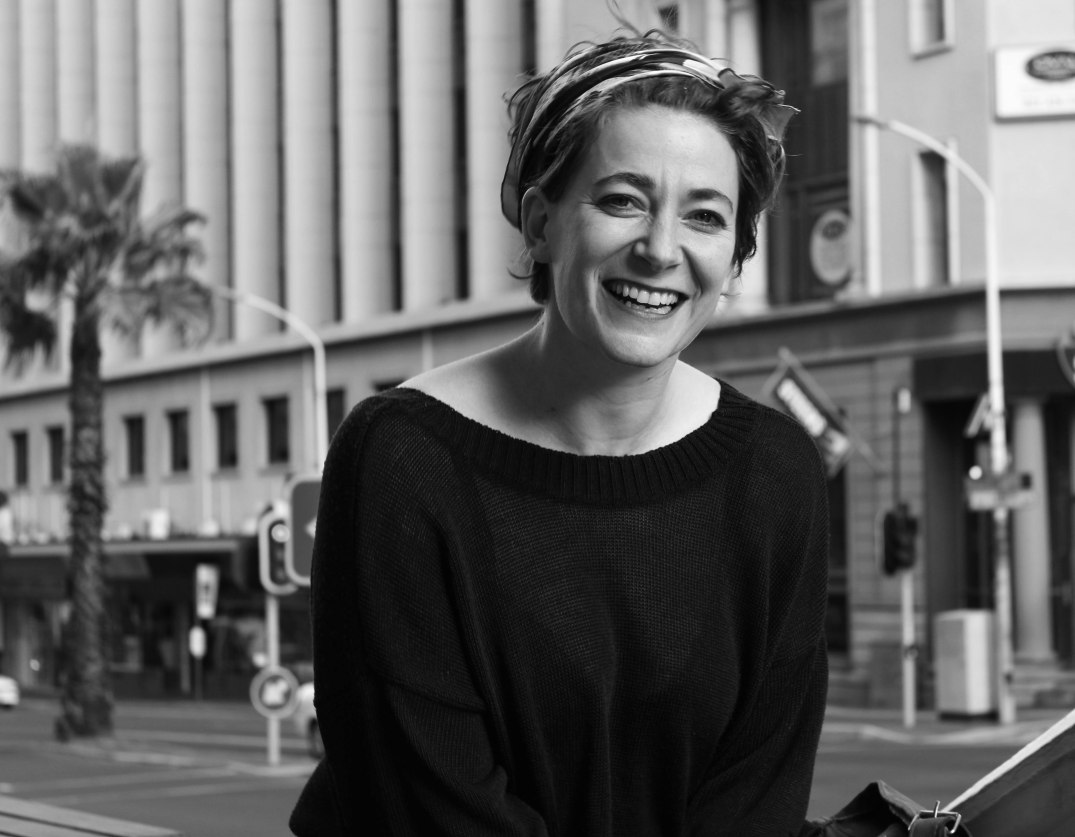 Actress and artist, Jemma Kahn returns to the Alexander Bar with In Bocca al lupo, her latest Kamishibai endeavor. Following the breakout success that was Epicene Butcher and We Didn’t Come To Hell For The Croissants, Jemma has become a pioneer of not only the Kamishibai style in South Africa but for boldly creating her own boundary-pushing work.  END_OF_DOCUMENT_TOKEN_TO_BE_REPLACED