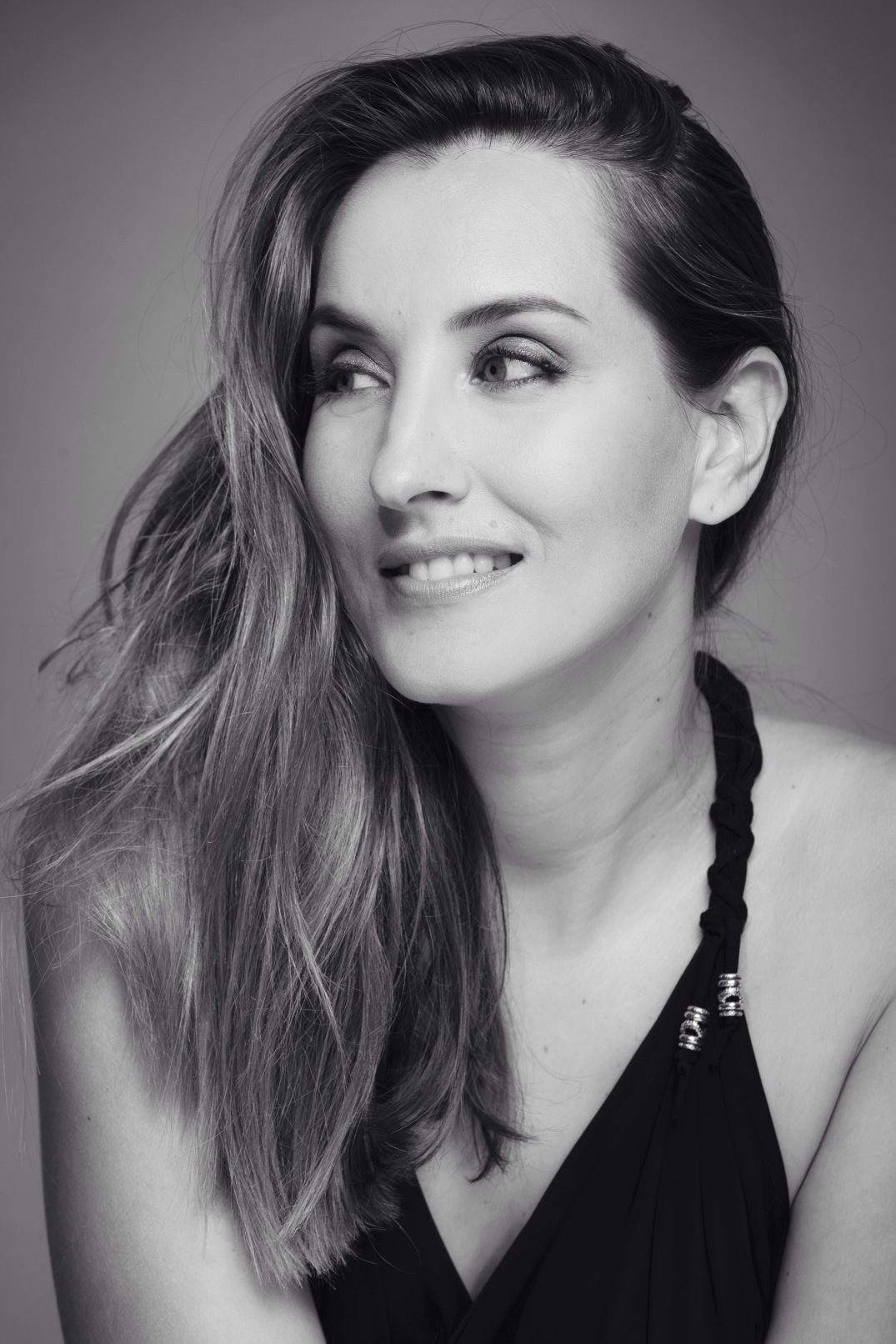 Marlisa Doubell is a director, writer, actress and founder of Sugar-daddy Theatre Company. We caught up with her to chat about her current directorial project, Eve Ensler’s V-Day which had a successful run in Cape Town earlier this year and is now back for one night only at The Cape Town Fringe Festival on September 30th.

Marlisa founded Sugar-daddy  in 2010. They are a boutique theatre company and use local business sponsorship to fund their productions (Hence the name Sugar-daddy.) Sugar-daddy also works on an equal profit share which means that the cast receives no up front payment, only a split of the box office profits at the end, which Marlisa says ‘encourages an entrepreneurial spirit’ amongst the cast as they work together as a team to move each production forward. In 2013 Sugar-daddy won the ‘People’s Choice’ Fleur du Cap award. Productions to date include; 2010 The Blue Room by David Hare; 2011 Relationshit! It could happen to you! by Marlisa Doubell; 2012 LINE by Israel Horovits; 2012 I am Hamlet by Richard James; 2013 Lady Luck by Marlisa Doubell; 2013 Sexual Perversity in Chicago by David Mamet; 2014 Hello & Goodbye by Athol Fugard; …and now part of V-DAY!

However the most exciting part of this production is that it’s now Sugar-daddy Theatre Company’s turn to be the ‘Sugar-daddy’, as they will be donating their profits from V-day to charity. Those charities are; Rape Crisis, MOSIAC & Saartjie Baartman Centre.

Why this play and why now?

I saw it in London and was blown away. I am actually a prude, that’s how you would describe me. My mother was catholic. My mother was Spanish, so I had a very strict Catholic upbringing. I had to do catechisms every Tuesday night and did my confirmation like a good catholic girl and right around the age of 12, I realized that actually I could choose what I wanted to believe. I didn’t need to be spoon-fed. I went on a self discovery journey to learn about different religions and what other people believed. Eventually I went through almost every single school of thought out there and I came full circle round to my own spirituality and just questioning how we are molded in society and within our cultures and came across an idea that actually you can choose what you want to believe and what you want to think. Although I still hadn’t done that in the idea of my sexuality. For me there was a way a woman should be. I would never say the word ‘vagina.’ You would never hear that word come out of my mouth and when I was in London, I was in drama school and I happened to see a production of The Vagina Monologues. I squirmed in my seat. I was incredibly uncomfortable but it woke me up and it made me think about a lot of things. Why are we so ashamed? Why do we carry so much fear and judgement? I just felt that this was something that women needed to hear and if it affected me that way, how would it affect other people? I looked at the rights to doing it in 2010 and they were quite expensive. It was R8000 for the run and us being a boutique theatre company and at that point just starting up, we just didn’t have the funds for that. It’s always been on my bucket list. It’s always been on my wish list. When the opportunity of V-Day came along, I noticed through social media with all my friends, I still have quite a strong connection with London because I studied there and I lived there for a long time, and my friends had participated in V-Day. I saw it was also in New York and it was this cool thing to do and having the background of always wanting to do it, I looked at Sugar-daddy doing it and I got green lights and everything just flowed. It was like the universe was saying ‘this is the right time and you are meant to do this.’ 2016 was just the year that we did it. And it’s really weird because it’s grown bigger than the sum of it’s parts. It now has a life of it’s own. It’s just taken off. Various people are approaching us so we will probably do it next year as well. I’m really inspired.

Do you feel as though there are enough opportunities for female directors in South Africa right now?

I think you will probably hear the same story in other countries as well that obviously women do feel that there are less opportunities for them but I want to approach this from a whole different point of view because I really feel like you have to focus on creating your own work. I think if you come at a project from the perspective of ‘I really want to do this for love and this is my passion’ and allow it to grow from there. Obviously I do believe in team work and surrounding yourself with people who feel the same way and who are on the same page as you. I do feel that rather waiting for the opportunities or complaining that the opportunities aren’t coming to you, actually changing it around and making  the opportunities for yourself. Creating that work. It’s self employment and being willing to take that risk.

I definitely think with the way you have structured the theatre company is that you can take those risks because you have people coming on board and supporting you and giving you the means to do it in. I think that was very clever on your part. It was very much thinking outside the box because you can say ‘ok I’m going to make my own opportunities’ but eventually money does play a factor. Like you mentioned, rights are expensive or even if you are creating your own work, there are still other costs. I think that this way assures that you can create and not be held back by something like that.

Absolutely and no man is an island unto themselves. One is the loneliest number. I like working with people. I like collaborating. I like getting a team together and it’s all good being the leader but you need people to be of the same mindset and to want the same thing that you want so that we all are actually working for the highest good of the project or the product not anything else. I think that if you have one goal and a group of people inspired to create that goal, it just happens so much easier and the universe takes over. You just get into flow and it happens and it’s passion and it’s exciting and money just comes to you. People have thrown money at me for different projects that I want to do. And I’m a mother, and a good mother and there’s a certain way that I want to be a mother so that is a priority for me right now. Any project that I do choose to do, it has to be there. I have to feel passionate about it because it’s taking me away from the people that I love and the people that need me but if it is important enough for me, I will do that. It has to have that energy, that infectious aliveness that I know is going to treacle on to other people and have that domino effect where it’s waking people up and having people think differently and look at themselves and their lives differently. One of the things that I noticed with The Vagina Monologues when I watched it was how much judgement I had for other women and I just thought ‘why do I even judge her?’ You see somebody wearing something slightly different and you go ‘oh wow what is she wearing?’ It would just be this moment that I would stop and think ‘I guess we all do that’ but why do we all do that? Just in the various stories where people have so wonderfully shared their personal story with Eve Ensler and now the world, just having the strength to do that and to put themselves out there and go ‘ok this is my story and you can judge it or not judge it but this is me and this is where it’s at.’ That strength inspired me and I have now come to a place where I like to catch myself judging and going ‘that’s interesting. I did it again.’ I think it’s natural. I think we live in a world where we judge everything but to become aware of it is really important. Everyone is going through their own pain, they are all going through their own story so I think having compassion for others and in this case women, but everyone really, is a really good place to start.

I wanted to ask you which South African women in the arts inspire you?

I could think initially, who isn’t South African; Eve Ensler. I find her amazing. She inspired me to do this play ever since I saw her perform the play in London. I learned massively after the first run (earlier this year), I kind of had a shift because something happened to me when it came to donating our profit to the various charities. I was privileged enough to meet the women on the ground, so the team at Rape Crisis and Mosiac and the team at Saartjie Baartman and I have to say that I had an incredibly rude awakening on the first day. I felt a little depressed when I realized how little I do, how many people there are out there and what they actually do but then I learned that’s not my path. I highly respect people that can deal with the stuff that is really happening on the ground but this is what I can do. I can use the talents I have and the skills I have and the resources I have in production in the arts to create something that benefits that. So I would say all of those amazing women at those charities inspire me greatly. Massively. I just don’t think I have it in myself to do what they do. They are the real heroes.

Finally I wanted to ask you about donating the profits and how that idea came about. How did you pick the charities that you did?

It’s part of the V-Day condition. They allow us the rights for free, because it’s roughly R8000 per run, probably more now. Obviously it’s such a well known play. Eve Ensler allows you the rights if you are going to donate. It is a benefit performance. So we get to do what we love, we get to promote this message that we all feel incredibly passionate about and she allows us that without charging us the rights. The profits go straight to charity and that’s part of the agreement. She sent over a list of various charities and I chose which ones we wanted to support and I chose those three here in Cape Town.

That’s wonderful! Thank you so much.

All information about V-Day and the charities that they are supporting are linked in the introduction paragraph. Check back on Tuesday when we post our interview with the cast of V-Day and hear a little bit more about the show.

One thought on “A Conversation with Marlisa Doubell”