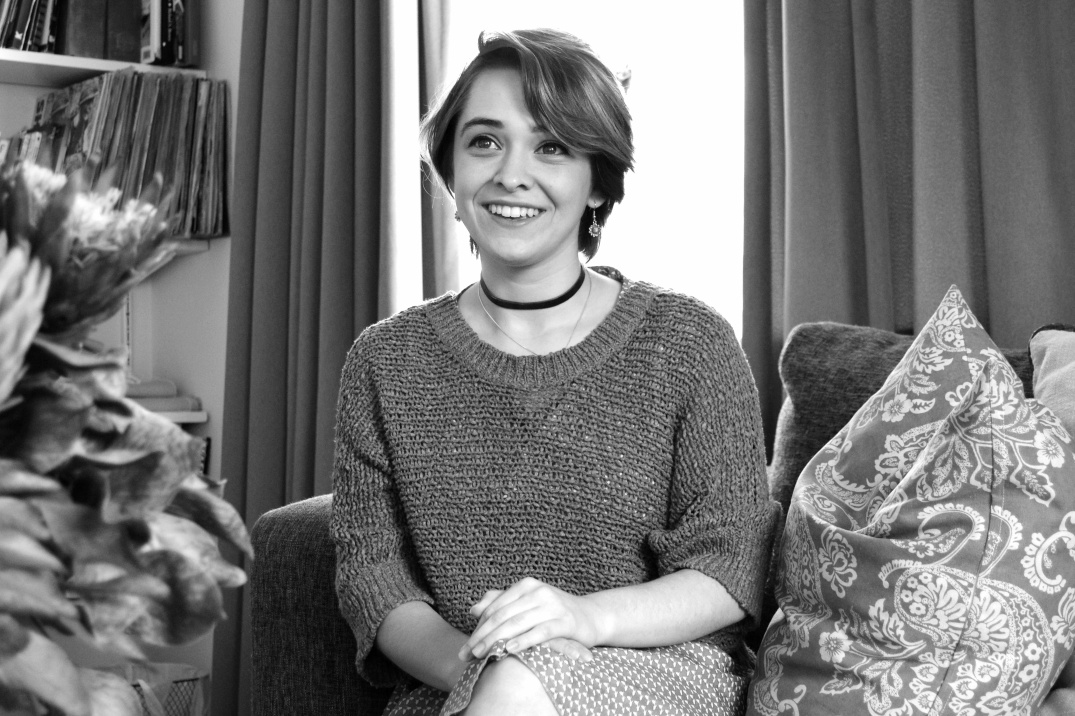 In 2018 during our interview with theatre-maker Dara Beth, we spoke about the return engagement of her play, Nasty Womxn. Now, 18 months later, Nasty Womxn is back for its third return engagement, this time featuring a new cast, a reworked script and coinciding with Dara’s latest theatrical offering, The Chronicles of Athena, Babes. Tasked with staging two independently produced works which almost run concurrently, we ask Dara to share her thoughts around this creative process.

I keep forgetting why I went into theatre-making. I keep thinking that there is an alternative that I could pursue. But then, I hear a sentence, see an image, smell a scent and suddenly know that an entire alternate universe exists inside this tiny strand of thought. Someone stands behind me in line, their jersey the colour of nostalgia, their voice a cotton-candy candescence. And suddenly, I’ve met a character from an alternate universe, that’s never lived before or that’s currently living and we don’t yet know about it. Their story sits inside me burning a hole through my solar plexus, itching to be told. Sometimes, it’s not my story to tell, so it passes through me. But other times, a story is mine and I can do nothing but tell it. In the way I cook. In the way I dress. And eventually, when I have a pen in my hand and paper beneath my palm, in the way I write and that story becomes a person and that person manifests a world and I think how can I not tell stories? And how else if not through theatre?

It had been over a year since I had staged an original work when I decided to bring  Nasty Womxn back and after two successful runs with sold-out shows, [I] had foolishly assumed that because I had staged this work once before that the second time around wouldn’t be so gruelling. I was wrong. I’ve never recast a project before. I’ve never restaged a project before. I thought that adding a cast member, changing elements of the script, reworking the original content might be a challenge, but of everything it has taken to make this play happen, getting on the floor and exploring these new elements was the easiest. It’s probably due in part to my exceptional cast: Loren Loubser, Mamello Makhetha, Jaimie Davids and Robyn Paterson have been nothing short of amazing.

The last time I staged Nasty Womxn was a completely different experience, and I don’t think I was aware of how grateful I was for the people that surrounded me during it. I had a team that not only helped me make costumes and build a set but reassured me that it was going to be alright when I woke up at 3am in a cold sweat, asking myself why I was doing this; who made sure I woke up each morning and committed to the vision that I had asked everyone else to invest in.

When it comes to producing theatre as an independent theatre-maker in Cape Town we are somehow all these untethered creatives floating amidst one another in this “community” but never actually asking for the support of one another. I’ve spoken to enough individuals that share these struggles with me – the sense of isolation, loneliness, demotivation of pushing against the barriers to making theatre in this town seemingly alone – to know that most of us seem to want it but don’t know how to ask for it.

South African theatre is exceptional because we have learnt that at the heart of the work is the story we tell. We aren’t blinded by tech spectacles or glitzy set, we tell stories. But making theatre in Cape Town is almost impossible. As an independent theatre-maker, everything you’re producing comes out of your own pocket but you do what you can with what you have and I think that speaks to the generosity of storytellers in our community… That if we have two cents to rub together, we will use one cent to make a piece of theatre.

When international audiences watch the stories we have to share, they are blown away by our performers and our words, by the sheer magnitude of our voices and the bravery of our tales. I’ve met so many people working in theatre overseas that see our work here and remark on the calibre of the content. Even now, Ameera Conrad is making waves at the Edinburgh Fringe Festival with her poignant piece of storytelling, Tales from the Garden. When we share work, people listen. So why aren’t we investing in ourselves and one another? How is it that our main stages are filled with musicals, stories about America, and plays by out-dated, old-school British playwrights who don’t speak to what we have right here in South Africa? How come our stories are relegated to underfunded, undersupported theatres? And if we’re going to make use of these theatres, why can’t we recognise them as a community and find a way to support them? Where are affordable rehearsal venues, places we can sustain a rehearsal process in, places that we can work in for longer than a week before performance without breaking the bank? How come we all seem to be working in our living rooms, or bedrooms, or in the park, or sneaking onto drama campuses to hide away in rooms the students refuse to touch. There are places in Cape Town that have the space to house us, and there are people in Cape Town that have access to these spaces so why are we barring one another from growth and opportunity? What do we gain by letting these spaces sit, unused? I suppose our success as a theatre community, in spite of all of this, is a testament to who we are. Now imagine who we could be.

But it’s not just a matter of fostering community, or lack thereof, that’s the problem. The flipside of this coin is the insidious theatre culture of “Do or Die”. We struggle to reach out to the community for support because we feel we’ve been tasked with this mammoth feat that only we can achieve and by asking for help, by taking a break, by acknowledging our shortcomings and weaknesses, we are somehow lesser.

I went into this field with such a willingness to be broken, as though that was the trademark of my success. I’m extremely grateful for my degree at UCT but even before attending UCT, before committing to a four-year intensive training, I went in with an expectation. I had been told that when I get to UCT, lecturers will remind me that if I was sleeping eight hours a night that I had six extra hours to work, and that if I was sleeping six hours a night that I four extra hours to work and if I was sleeping four hours a night that I had two extra hours in which I could work. So I embarked upon a Theatre and Performance degree with the mentality of “work harder.” My argument having always been that there’s a reason theatre is considered a “discipline.” It is considered a discipline but it’s not a chronic condition or a degenerative disorder. Yet, I’ve conflated theatre with, “The most important thing ever and if I do not achieve every single thing I attempt to an absolute tee, I will die of failure.” Artists push their bodies to the nth degree; we love the challenge, but we can’t make work if we’re dead. Nobody remembers a painting just because the artist died painting it.

I don’t have solutions for our community or us as individuals. And we don’t have to have all the answers right now but we can start telling people what we need and being honest about where we are in our process and transparent in what we’re struggling with. Because everybody’s struggling anyway. And we can reach out and genuinely ask people how we can help. The most we can do is make work and hope it does something for someone somewhere.

Nasty Womxn will run at the Alexander Bar from August 19th until the 30th followed by a run at the Baxter’s Masambe Theatre from the 16th until the 21st of September.

The Chronicles of Athena, Babes debuts at the Alexander Bar on September 30th and runs until October 5th, followed by a run at the Baxter’s Masambe Theatre from the 10th until the 16th of  November.

All black and white photos were taken by Sophie Kirsch on January 8th 2018.

Sarafina Magazine and Sophie Kirsch maintain copyrights over all images. For usage or inquiries, please contact us.