Kathleen Stephens is a theatre-maker and performer. In 2016 she debuted her acting career in People Beneath our Feet at the National Arts Festival. Other credits include Wessel Pretorius’ I Love You Sally Field, Dara Beth’s Nasty Womxn, and Jon Keevy’s Single Minded and The Underground Library. Most recently, Kathleen has been seen in Like Hamlet directed by Kanya Viljoen, Wessel Pretorius’ Fotostaatmasjien and in the first all-female South African production of The Taming of the Shrew directed by Tara Notcutt. She is currently gearing up to star in the Fugard Theatre’s return season of Shakespeare in Love. END_OF_DOCUMENT_TOKEN_TO_BE_REPLACED

Lucy Tops is a singer, songwriter and actress. As a vocalist, she has released several songs and CD’s and performs in the singing duo The Romantix alongside her husband, Alexander Tops. Over the last few years, Lucy has dazzled audiences by starring in several hit productions including Funny Girl, The Rocky Horror Show, Bar None for which she received a Fleur du Cap nomination and Shakespeare in Love which returns to the Fugard Theatre later this year. However, it her latest role in the South African premiere of Joshua Harmon’s critically acclaimed Broadway play, Significant Other, that has audiences seeing her tackle a leading role and making it her own.
END_OF_DOCUMENT_TOKEN_TO_BE_REPLACED 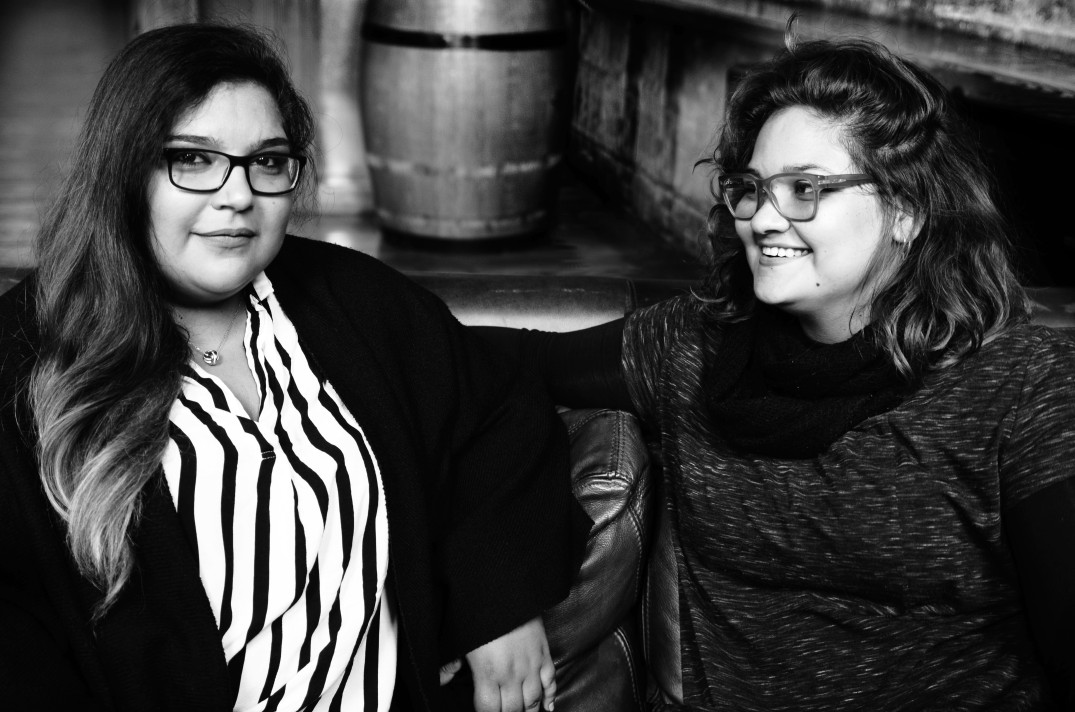 Sisters Lamees and Widaad Albertus have become a force to be reckoned within the theatre industry. Currently working at The Fugard Theatre, Lamees holds the position of Theatre Manager and Associate Producer while Widaad not only holds the title of Wardrobe Supervisor and Production Assistant, but is currently also juggling the task of working as lead Costume Designer on several of the Fugard Theatre’s most anticipated upcoming shows including The Demon Bride and Significant Other. While most of their work tends to happen behind the scenes and away from the spotlight, Lamees recently had her work recognised by being featured in the Mail & Guardian’s 2017 Book of South African Women: On the Shoulders of Giants.
END_OF_DOCUMENT_TOKEN_TO_BE_REPLACED

Choreographer and dancer Louisa Talbot became a soloist in the Cape Dance Company at the age of 13, specialising in contemporary and classical dance. She became a member of Jazzart Dance Theatre and went on to freelance for Free Flight Dance Company and Bovim Ballet. In 2004, Louisa started her musical theatre career with the musical Show Boat. She began choreographing musicals for The Fugard Theatre in 2013 and went on to be nominated for a Best Choreography Naledi Theatre Award for The Rocky Horror Show. Other theatre choreography credits include Cabaret, Funny Girl and West Side Story which is currently running at Artscape in its return Cape Town season. END_OF_DOCUMENT_TOKEN_TO_BE_REPLACED

Triple threat, Sihle Ndaba is well-known to South African audiences for her award-winning role as ‘Smangele Maphumulo’ in SABC 1’s hit primetime soap Uzalo, for which she won the Simon Sabela Award for Best Supporting Actress in 2015. She is currently making a return to her musical theatre roots by starring as ‘Petal’ in The Fugard Theatre’s return season of King Kong. We sat down with her to chat about joining the illustrious company and navigating the fame that comes along with starring on South African television.
END_OF_DOCUMENT_TOKEN_TO_BE_REPLACED 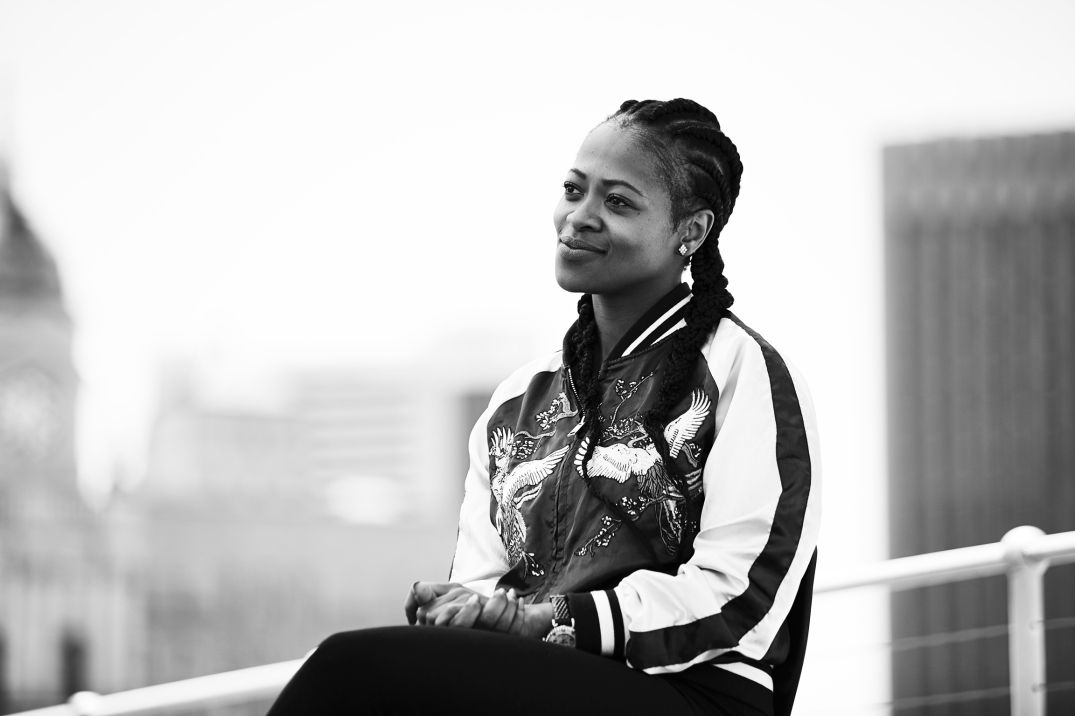 Vocalist and actress, Edith Plaatjies is no stranger to the musical theatre stage. In the past five years she has dazzled audiences in productions such as Orpheus in Africa, District Six: Kanala and Blood Brothers, but it is her latest role that has everyone buzzing. As King Kong prepares to make its return to Cape Town, Edith is stepping into the iconic role of ‘Joyce.’ A role which launched its originator, Miriam Makeba, into international stardom.  END_OF_DOCUMENT_TOKEN_TO_BE_REPLACED

Lara Bye is a prolific and versatile theatre director and educator whose work travels extensively locally and abroad. She directs across genres from opera to physical comedy, large-scale outdoor events and more intimate dramas in both English and Afrikaans. Her latest directorial project, the stage adaptation of Mark Behr’s best-selling novel Die reuk van appels is now playing at The Fugard Theatre.   END_OF_DOCUMENT_TOKEN_TO_BE_REPLACED

Robyn Scott and Roxane Hayward have joined forces to star in The Fugard Theatre‘s star-studded production of Shakespeare in Love. Not only are Robyn and Roxane tackling roles that awarded their film counterparts Academy Awards, Shakespeare in Love marks a return to the stage for both women. We sat down in the audience of The Fugard Theatre to chat about the show, the journey back to theatre and the current climate for female actors in South Africa.  END_OF_DOCUMENT_TOKEN_TO_BE_REPLACED

When The Fugard Theatre announced their plans to bring King Kong back to the South African stage, the pressure was on for them to find a woman bold enough to step into the iconic role of Joyce. After a two year search which spanned the world, Nondumiso Tembe was finally cast in the highly coveted role. Born in South Africa and raised in New York City, Nondumiso Tembe is the real deal. An accomplished stage and screen actress as well as a singer-songwriter and dancer, she has managed to excel in every medium that she has stepped into while remaining incredibly grounded and focused on her career. For a full biography, please click here. END_OF_DOCUMENT_TOKEN_TO_BE_REPLACED

Frankie Murrey worked in the book trade for a number of years before becoming the Festival Coordinator of Open Book Festival, which runs from September 6th until the 10th right in the heart of Cape Town. In addition to working on the core festival programme, she works closely with others on CocreatePoetica, Comics Fest and the Youth Fest. She is the facilitator of the Mentoring Programme and the Open Book School Library Project. In 2015, she was awarded the Chevalier de l’Ordre des Arts et des Lettres. END_OF_DOCUMENT_TOKEN_TO_BE_REPLACED